Hey Siri, Is now the best time to buy a property? - February 2021 Data

What's going to happen to the property market for 2021? It's a topic never far from top of mind and certainly gets ample news coverage. But if we look through the hype, what are the figures telling us?

Is now the best time to buy real estate for the past 10 years or are we sitting with our backs to the blistering tsunami that is going to financially  wipe out a generation?

The experts have proved that crystal ball gazing in 2020 is not their forte, we had very senior economists predicting a headline grabbing 30% decline in real estate prices. It does make me wonder if these guys are looking for free publicity or if they genuinely believed the market was doomed.
Why did Government intervention not come into the predictability scenarios? If history teaches us anything, we know that since the GFC the governments and the RBA are going to throw the kitchen sink at the economy to help keep it afloat.

Let's Put The Facts Into The Spotlight

APRA encouraged the banks to allow over 493,000 mortgages to be deferred, and the latest data tells us that 118,000 mortgages are still currently deferred.

Scott Morrison & Co have committed up to $507 billion in stimulus packages, which includes the JobKeeper program, Home Builder Grant and infrastructure investment to name a few.

The RBA (Reserve bank) has previously committed up to $200 billion for banks, at close to zero interest, when they saw that their costs were increasing as a direct result of the risks within the market.

The Reserve Bank of Australia wants the Australian dollar to depreciate and is pursuing a quantitative easing (QE) program of purchasing an additional $100 billion of bonds.

According to Philip Lowe, the RBA governor, the recovery rate has been quicker than anticipated.

The RBA, through the use of its bond buying program, has committed that rates will stay low for the next three years. When it comes down to it, the ultimate influencer when it comes to interest rates is the global bond market, the cost of money. Therefore we will see the current RBA rate of 0.10 percent to remain at this until 2024 or perhaps beyond.

Economists make the prediction that inflation will increase.

In the month of December, new home lending came to a yearly rate of 31.2 percent, up from 23.7% in November.

According to CoreLogic's home value index, nationally there was a 1 percent rise in prices during January; this marked the fourth month in a row where there was a rise after the 2.1 percent drop between the months of April and September.

There was a record low growth in population as a result of COVID-19 however, there is net immigration in SA for the first time in the past two decades.

Reserve bank of Australia desires the dollar of the country to depreciate and in accord with this they are going down a course of quantitative easing (QE) which involves the purchase of an extra $100 billion of bonds. The strategy is to reduce unemployment levels which will increase the tax revenue in order to pay off the national debt while interest rates are low.

There has been an upgrade by the Reserve bank for its GDP forecast to see growth from 3% to 3.5%.

Global Risks that could be a Black Swan

Thinking back to the Global Financial Crisis (GFC) in 2008, the issue at that time was liquidity for the banks. They had suddenly lost billions of dollars, when Lehman Brothers collapsed in September 2008, the crisis was at it's peak requiring the Federal Reserve and the US Government to pump billions into bond purchases to provide liquidity to the banks. The housing market collapsed as mortgages were no longer available and you could purchase a property for cash only, hence the values fell to the price of the deposit.
Jump forward to 2021, the issues now are different. The national debt for Australia has jumped from $392 billion in 2019 to $703 billion in 2021
As the economy improves, driving down unemployment and increasing tax revenues, you might start to see interest rates rising again, which increases the cost of government debt. 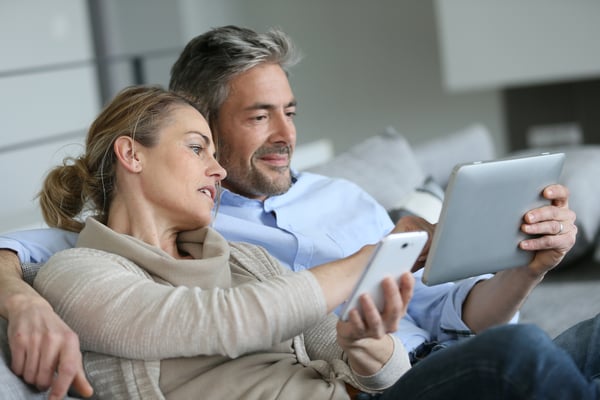 The Golden Goose can turn off the tap.

The typical mortgages being given by Australian banks are seven times the household income, this is quite high but still acceptable when the interest rates are low.

The proposal set out by the federal government to unwind responsible lending rules is yet to be addressed by a parliamentary inquiry as well as a Senate vote. This could mean that mortgages will be more easily obtained. It is not clear if that will then also mean reducing the income multiple to compensate for the increased risk.

As noted above, the banks willingness and ability to lend is critical to real estate values as the majority depend on mortgages in order to purchase.

Hey Siri, Is now the best time to buy a property?

Vendors are sitting on the fence in the belief that prices are going to rise, so they wait and hope to get a better price.
Buyers are lining up down the street to get in and see a property, creating their own panic to buy now before the price runs away into the distance.

It's all about confidence in the market, the wisdom of crowds to believe that the market is going to move in a certain direction, and then the self fulfilling prophecy eventuates. The facts are what gives people that confidence and it looks like they speak for themselves.
In real estate, the best time to buy was two years ago, or 10 years ago, better again, 20 years ago. Hindsight will also tell us in 2025 that 2021 was a good time to buy, especially if the vendors hold off until 2025!

At KingsCoin we believe in empowering you to greater wealth through property to create your own family legacy.

KingsCoin are a leading boutique property development business based in Adelaide, South Australia. KingsCoin create investment opportunities, as well as offering investment strategy, project and property management services tailored to your needs. KingsCoin seek to maximise your returns at every possible opportunity.