Benefit from the boom with your Airbnb Brisbane

Brisbane is the capital of QLD and a thriving river city hub of Australia’s South East Queensland tourist hive, being the most visited area of this great country. The potential to succeed with Airbnb in this area could not be higher.

Airbnb Brisbane hosts benefit from a continuous flock of tourists year round. Brisbane is the gateway to the South East with easy access to both the Sunshine Coast and Gold Coast regions.

Your Airbnb property is vital in providing a haven for guests as the explore this gorgeous river city. 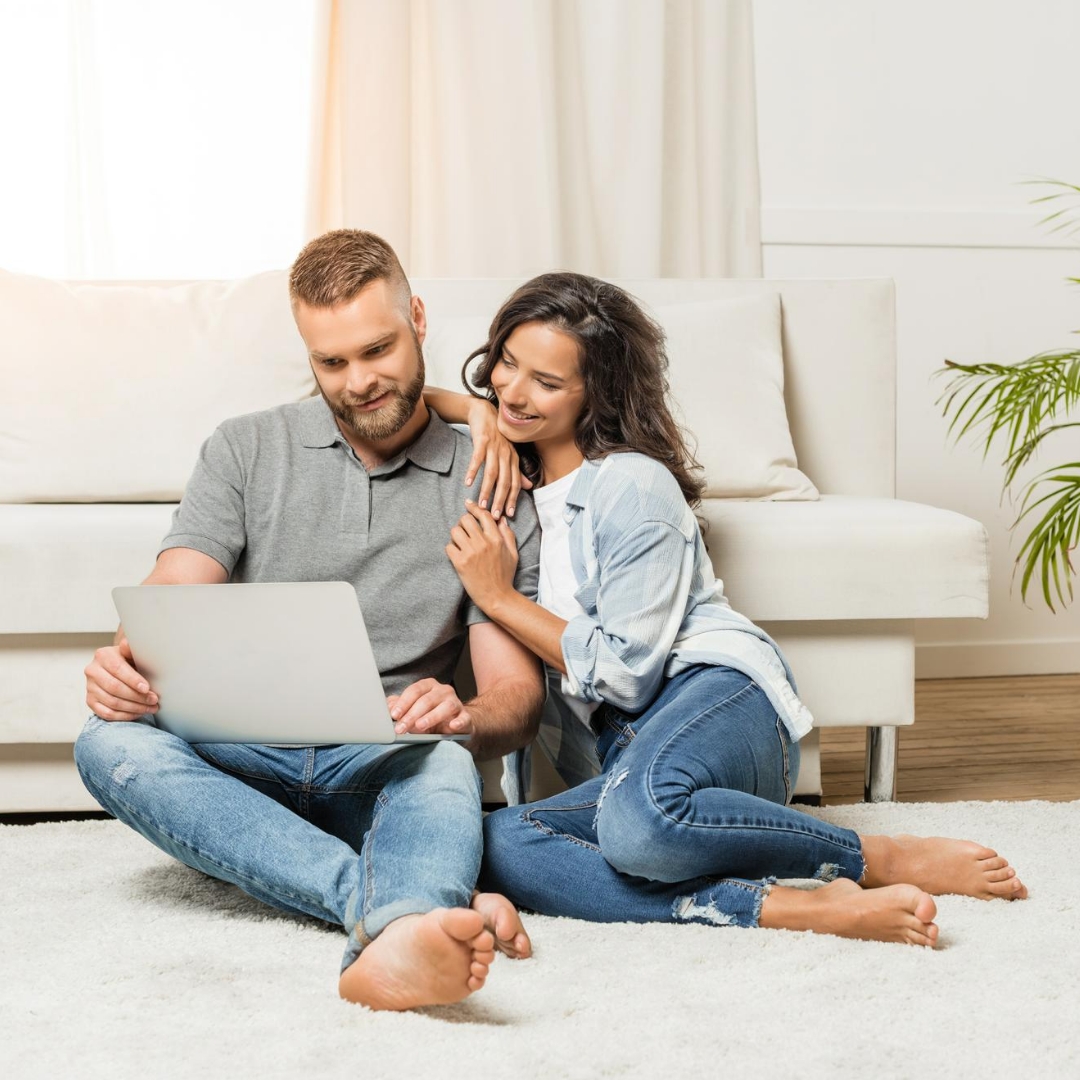 House prices are increasing faster than asking weekly rent with houses up 6.8% vs previous 3 years

As property asking prices have increased, asking rental rates have stagnated, meaning it will be hard to achieve the rental yield you may be looking for

The Brisbane rentals market is experiencing declining long term rental yields - units were up but are now experiencing a downturn, houses are down vs previous year period moment, leaving little room to grow your investment.

With just over 7,000 rentals available and growing Airbnb guests per annum, there is a rental demand rating for of 69/100.

Brisbane is welcoming a record number of visitors, with international and domestic visitors growth outperforming that of the state’s visitor economy! Now is the prime time to ensure you are seen by this strong tourist market.

Ready to succeed with your Airbnb in Brisbane?

Instantly find out what your Brisbane property could earn you below

The rise of Airbnb Brisbane

Brisbane's Airbnb rentals have doubled in size since Q3 2016.  With reliable demand, here's some stats that highlight the potential of Australia's river city. These are just averages, with top earners in Brisbane clearing $132,232 Airbnb income per year.

Renting out your home on Airbnb can be an exciting and profitable adventure, however staying on top of bookings, cleaning and ensuring you provide a high level of customer service can be daunting and take the joy out of renting your property.

KingsCoin Airbnb Property Management Company in Brisbane will ensure the success of your property for guests looking to experience this sunny part of the world.

Allow us to craft a stunning story for your property your guests will never forget - taking care of every aspect of your Airbnb property management in Brisbane as you sit back and relax, whilst enjoying the rewards. 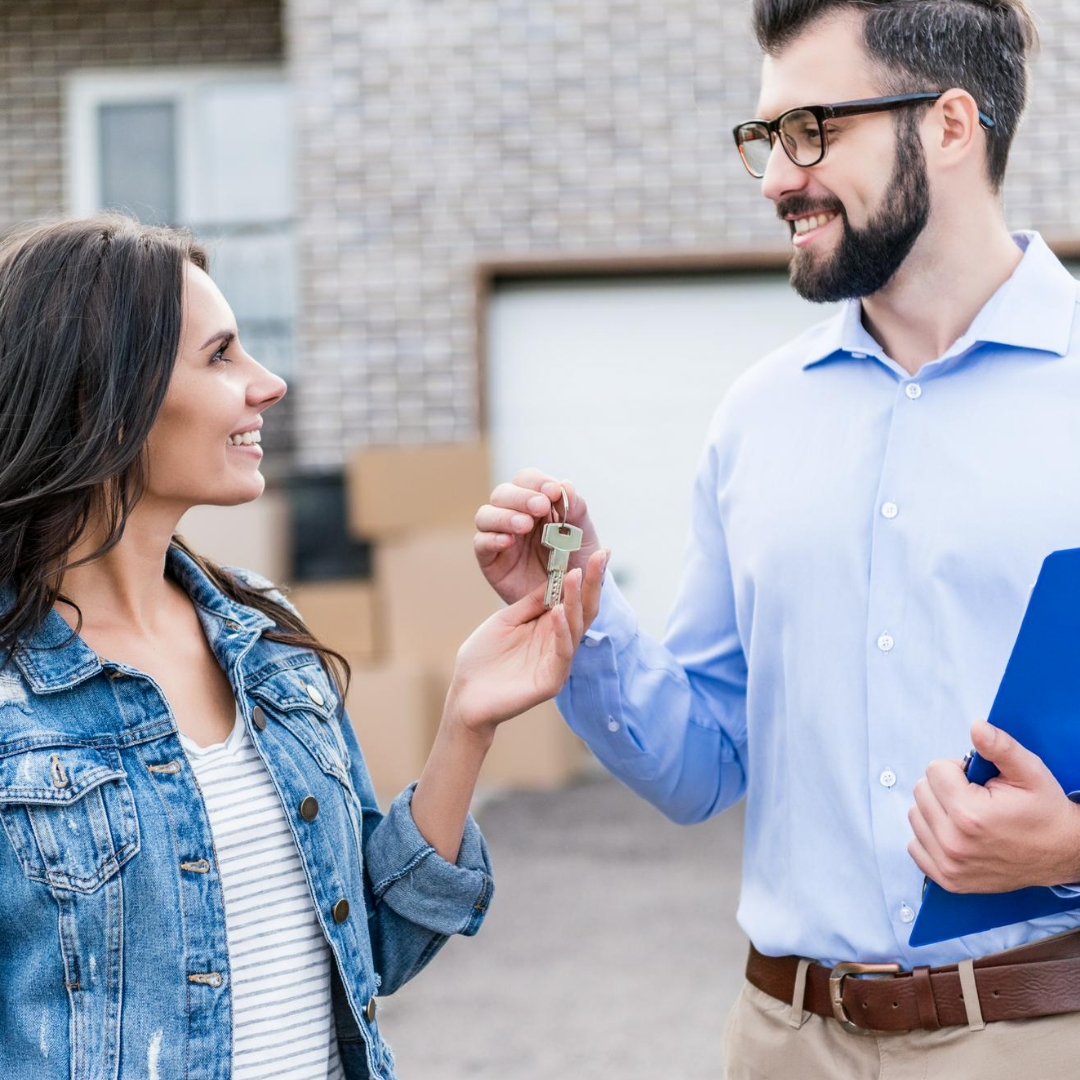 Want to know what Airbnb could earn you?

Instantly find out what your Airbnb Brisbane profit potential is below

Your guests expect impeccably clean properties. Let us help you deliver five star cleaning services for immediate impact on guest satisfaction. Tired of arranging cleaners or even doing the dirty work yourself? Free up your time and boost your income with expert help - win, win!

The secret to Airbnb property success is grounded in an excellent guest satisfaction strategy.  The best Airbnb Property Managers in Brisbane will know and anticipate your guests to greatly improve your chances of achieving return Airbnb bookings and five-star property reviews.

KingsCoin offer full customer service admin as well as thorough accounting reporting - which you will have 24 hour access to via our online portal.  We will also keep you fully informed of all Local Council and State Government laws and regulations affecting your property.

Airbnb Brisbane property management is now easier than ever.

Taking those figures into account, considering the ongoing tourism growth and rental demand of 69 out of 100 from AirDNA within Brisbane, there is huge potential for home owners to benefit.

KingsCoin lives and breathes property. We will assist you in delivering high value Airbnb hosting services at an affordable all inclusive management rate of 15%.

Rely on over 100 years combined experience from the KingsCoin team to provide expert help in optimising your listing to maximise returns for your Airbnb Brisbane property. 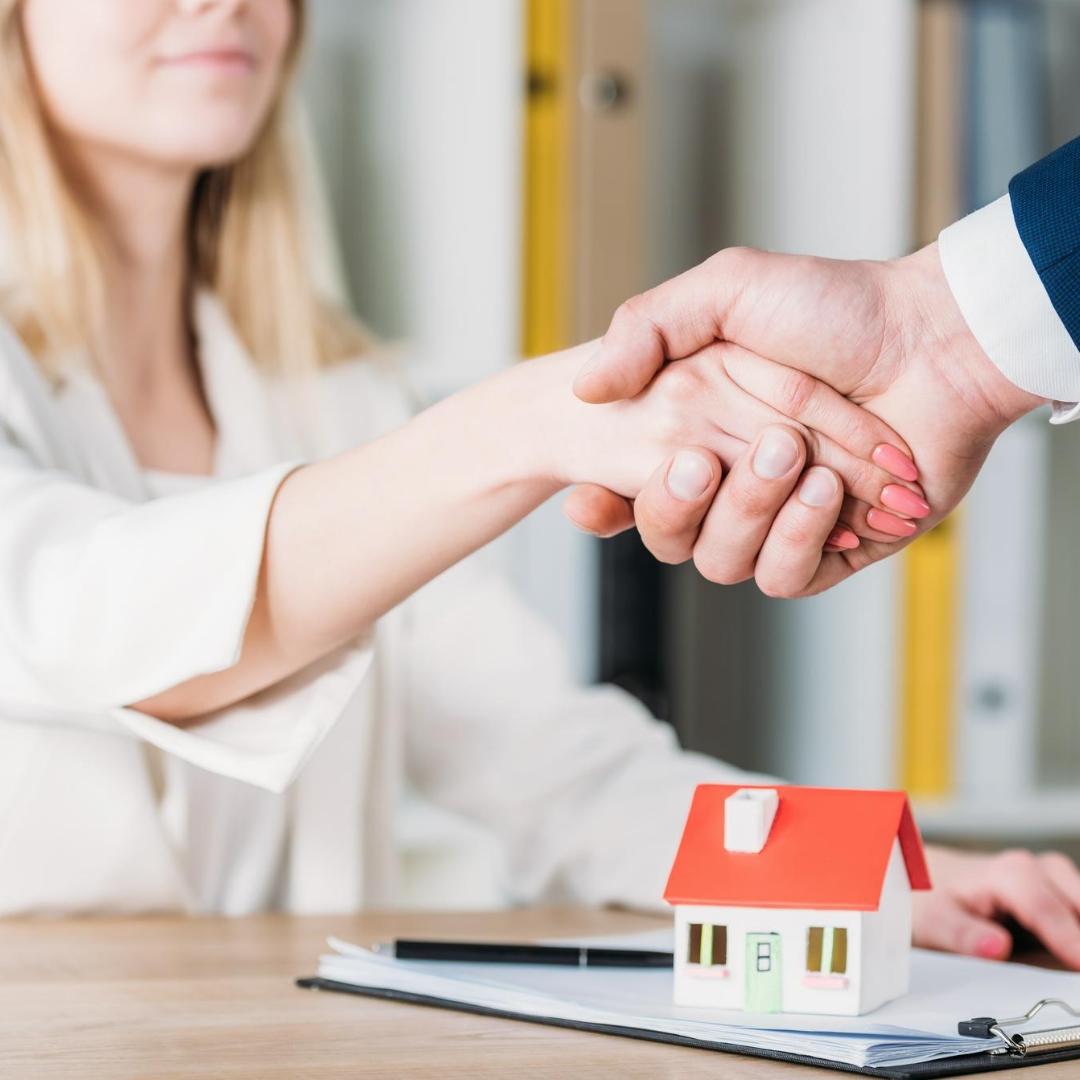 First step is to say hello, get to know you and your property to fully understand your hosting needs. Fill in your details to book a call at a time that is most convenient for you.
We will then phone you to provide an in-depth property forecast of your income potential with KingsCoin.
It’s an obligation free call, where you can make an enquiry without a commitment. Alternatively, if you are keen to begin straight away, you can call us now.

Our KingsCoin Airbnb Brisbane management team will schedule an onboarding session with you, to include collating the full details and photos of your property in order to fully communicate the charm to  guests.
Your guests expect transparency, as do we. So once you are signed up we will register ourselves as your professional co-host on your listing.
We may also send a handyman with two lockboxes to be installed close to your home.

Your job is done. Sit back, relax and let our Brisbane team maximise your property's potential. We offer a complete management service of your property. Looking after your home as if it was our own.
We work constantly to understand what Brisbane guests are looking for to optimise and manage your listing for more bookings.
We will ensure your listing is competitively priced and account for peak events and seasonal rates for maximum returns.

Maximise your returns With KingsCoin

Book your free no obligation property forecast with one of our experienced property managers. 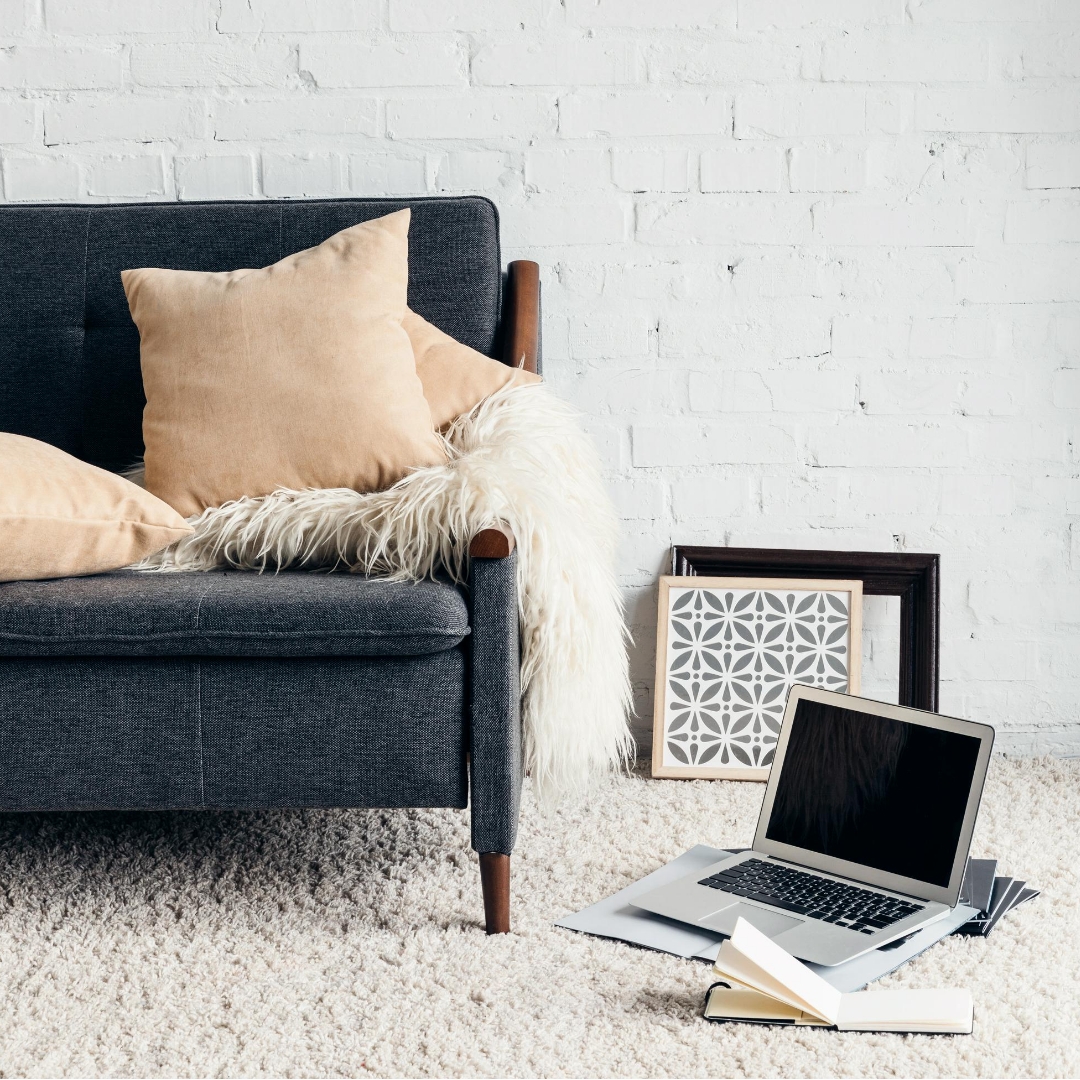 “Host responsiveness is the single most important determinant of successful Airbnbs. It has been proven to be the largest influencer of booking conversions, Airbnb search placement and overall listing views. Those who can’t respond to all messages within an hour are advised to sign up for an external service to help manage inquiries.”

Start off with a flexible cancellation policy then change it to strict after receiving at least 10 five star reviews. As cancellations can kill your profitability.

Gaining Airbnb Super Host status is a sought after part of any Airbnb Property Management strategy. Doing so means hard work and commitment to guest satisfaction and host responsiveness particularly.

KingsCoin’s Airbnb Property management team are well versed in what it takes to communicate for Super host success ensuring you swiftly reach this sort after status. However achieving a Super host badge is just step one, from there it's about utilising your earned title to further optimise your listing for more booking success.

FAQ
What income can Airbnb hosts expect in Brisbane?

The estimated average annual revenue for a property in Brisbane across all property types is $24,504.
This takes into account the average occupancy rate at 67%, however KingsCoin Airbnb hosts frequently experience occupancy at 70-80%.

Average annual earnings for a private room is estimated by AirDNA in Brisbane at $12,172, whilst 4 bedrooms houses bring in an average of $63,945.

The highest earner was a massive Brookfield property which slept 16 and generated $132,232 for the year!

When are the peak Airbnb rental periods for Brisbane?

The best time to visit Brisbane is from May to August and September through November, during the city's winter and spring. Rainfall is infrequent and days are warm.

What are the top Airbnb guest experiences in Brisbane?

From feeding wild dolphins on the shores of Moreton Bay to climbing the Story Bridge. Brisbane is full of enticing experiences for every traveller.

The Golden Gateway to over 600km of beaches all within an hour or so from the city. Guests love visiting Fraser Island being QLD’s largest island with QLD’s longest beach (75 mile beach) and Stradbroke Island to spot Kangaroos at the beach.

What are the major events Brisbane Airbnb hosts can benefit from?

Brisbane is known for its vibrant outdoor festivals, world class sporting matches held at the Gabba and Suncorp stadiums, parklands, entertainment and exhibition centres in a city of open spaces, river views and great weather.

There are hundreds of major Brisbane events every year that include music, arts, performance, film, exhibitions and stand-up comedy including;

Ready to step up your Airbnb game?

Talk to our team about making the switch to KingsCoin to realise your full Airbnb Brisbane potential.